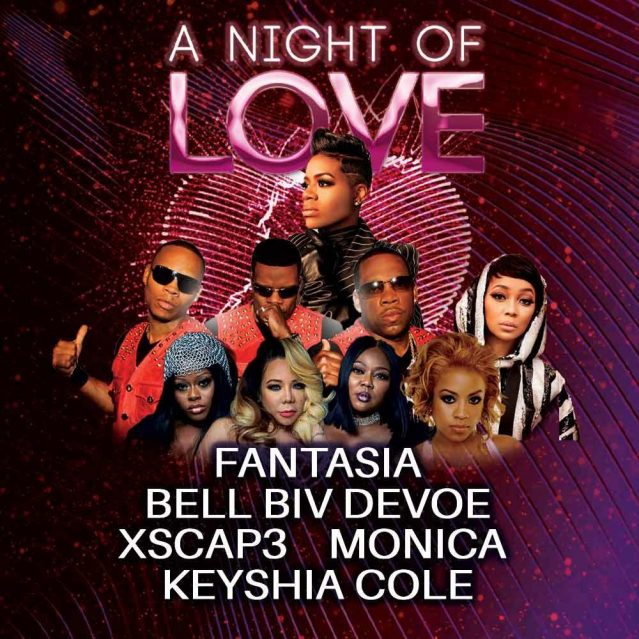 A Night Of Love

Bell Biv Devoe is a direct by product of the hugely successful multi-platinum super group New Edition and was one of the first groups to be successful at merging Hip-Hop beats, New Jack Swing and R&B harmonies with a pop twist.

Fantasia broke on to the music scene in 2004 as the season three winner of Fox's American Idol and later that year became the first artist in the history of the Billboard Hot 100 chart to debut at #1 with her first single. Fantasia is a showstopper and will give her all on stage!