NEWARK, N.J. (December 11, 2018) – Latin music’s most iconic duo, Wisin & Yandel, announced their first U.S. tour today since their five-year hiatus with the Como Antes Tour 2019. Co-produced by Live Nation and CMN, the 15-city tour will kick off May 23 and make a much-anticipated stop at Prudential Center on Sunday, June 16. Yandel is managed by Andy Martinez and Wisin is managed by Walter Kolm.

Wisin & Yandel also recently announced their first album in over five years, Los Campeones del Pueblo / The Big Leagues. It marks their tenth studio album and the first one they have recorded together since the multi-award-winning album Líderes (released July 3, 2012.) The new album will be released on December 14th and is available for pre-order or to pre-save on all digital platforms NOW.

The duo also just held 8 sold-out shows at the prestigious Coliseo de Puerto Rico on November 30th, setting a new record for the most consecutive shows held at the venue as well as the most shows performed there by any act, with a grand total of 25.

About Wisin & Yandel
Yandel and Wisin are beloved artists that have garnered non-stop hits in their solo careers, yet as Latin music dúo Wisin & Yandel they have enjoyed unparalleled success, becoming the top selling Latin urban artists in the world, with their music and concerts.

During their 14 year career as a duo, Wisin & Yandel received numerous multi-platinum certifications in the United States and Latin America and dozens of prestigious awards including a Grammy and two Latin Grammys; as well as ten Billboard Latin Airplay #1s. On tour, Wisin & Yandel have proven to be a force to be reckoned with, becoming the only artists in the Urban Latin Music genre to sell out both the Staples Center and Madison Square Garden in the US. Wisin & Yandel’s shows are nothing short of exhilarating. The duo travels with their 10-piece band, 8 dancers, and a state-of-the art audiovisual show; but the true stars, absolutely are Wisin & Yandel and their unique brand of Latin urban music, a fusion of genres and styles delivered with a power and passion that no one in their musical genre can match. 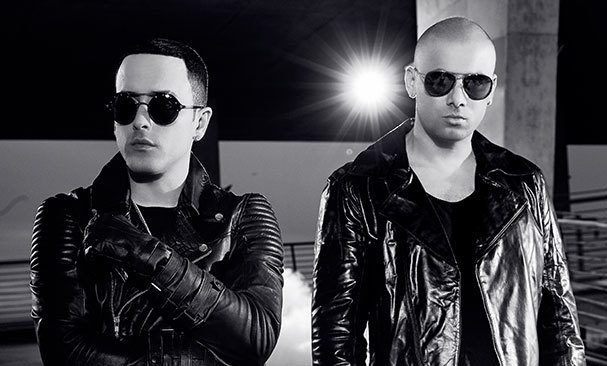