NEWARK, N.J. (July 9, 2018)Prudential Center has announced that it will host the third annual Never Forget Tribute Classic on Saturday, December 8. This year’s tournament features a doubleheader between four high-profile universities: the Florida State Seminoles will take on the UConn Huskies and the Clemson Tigers will face the Mississippi State Bulldogs. Both of the highly-anticipated match-ups will air exclusively on ESPN 2, and will also be available through the ESPN app, computers, smartphones, tablets and streaming devices to fans who receive their high-speed Internet connection or video subscription from an affiliated service provider. Official broadcast and game times will be announced at a future date.

The Never Forget Tribute Classic will again partner with the Families of Freedom Scholarship Fund, which supports the educational aspirations of children of the victims of the September 11 terrorist attacks. The Families of Freedom Fund was established within one week of the attacks of September 11, 2001, and has since provided more than $150 million in postsecondary education to an entire generation of financially-needy dependents of those killed or permanently disabled in the attacks and their aftermath. For more information, visit familiesoffreedom.org.

“We are proud to bring the Never Forget Tribute Classic back to Prudential Center for a third consecutive year and again partner with such an impactful organization as Families of Freedom,” President of Prudential Center Hugh Weber said. “We look forward to hosting these top four college basketball programs and leveraging this incredible event to give our amazing charity partner the notoriety they deserve, while also assisting them in surpassing their already impressive $150 million raised in post-secondary education.”

In this year’s Never Forget Tribute Classic, Prudential Center will welcome home UConn’s new head coach and New Jersey native, Dan Hurley. Born and raised in Jersey City, Hurley played for Seton Hall as a point guard from 1991-1996 before serving as an assistant coach for St. Anthony’s High School in Jersey City under his father, Hall of Fame Coach Bob Hurley. Hurley then served as an assistant coach for the Rutgers men’s basketball team from 1997-2001, helping the program to their first winning season in eight years during the 1998-99 campaign. He returned to the high school basketball scene as the head coach of Newark’s own St. Benedict’s Prep for nine years. Hurley jumped back into college basketball in 2010 as the head coach at Wagner College for two years before leading the University of Rhode Island’s men’s basketball team from 2012-2018,where he coached the Rams to back-to-back NCAA Tournament berths in 2017 and 2018.

“We are honored and excited to be a part of the Never Forget Tribute Classic,” Hurley said. “It’s a tremendous opportunity not only to help raise money and awareness for such a worthy cause, but also to get the chance to compete against a high-quality program like Florida State.

“For me, personally, it’s a thrill to be able to come back home and bring UConn to a great venue like Prudential Center to play in front of family and friends and the huge number of Husky fans in the metropolitan area. We are really looking forward to it.”

The Huskies are coming off a 14-18 season, finishing eighth overall in the American Athletic Conference (ACC). The Huskies have won four NCAA National Championships since 1999, the most in the country. UConn will be making its Never Forget Tribute Classic debut this December, taking on Florida State (FSU), which finished its 2017-18 season with a 23-12 record. The Seminoles, who reached the Elite Eight in the NCAA Tournament last season, are led by Head Coach Leonard Hamilton, who has been with the school since the 2002-2003 season. FSU has made 16 NCAA Tournament appearances overall, and are looking to extend their current streak to three straight.

The second matchup of the event is a clash of two highly-touted teams entering the 2018-2019 season. Clemson, fresh off of a 25-10 campaign that was topped off with an appearance in the NCAA Sweet 16, will look to continue the winning culture it established last season. The Tigers have reached the NCAA Tournament 12 times in school history, including twice under the direction of current Head Coach Brad Brownell. Finishing with a record of 25-12 last season under current Head Coach Ben Howland, Mississippi State is coming off of an appearance in the NIT semifinals. The Bulldogs are seeking their first NCAA Tournament appearance since 2009.

“Playing Clemson in the Never Forget Tribute Classic is an exciting prospect for our team and our program. Clemson has an outstanding program, and they had a great team last year,” Howland said. “They went to the Sweet 16, and they have everybody back but one player from last year’s team. They’re going to be really good, and it’ll be a big challenge for us to play against Clemson who is a Top 25 team. We’re excited about the opportunity.”

“We are very honored to play in such a meaningful event as the Never Forget Tribute Classic,” said head coach Brad Brownell. “It will be a great challenge as Coach Howland has once again put together a very talented and disciplined team. As a preseason top 25 matchup, this game will prepare us well for the rigors of the ACC.” 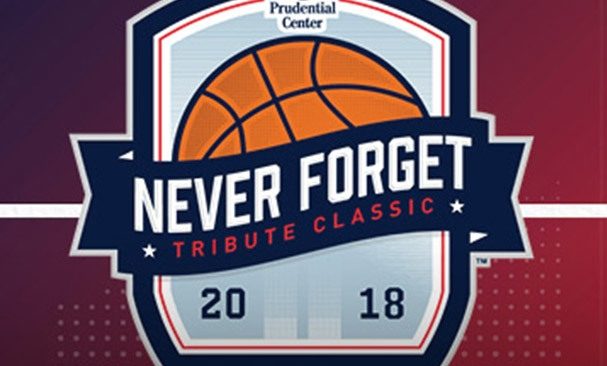