Newark, N.J. (September 21, 2018)  TobyMac’s popular “HITS DEEP Tour” will trek 34 stops nationwide in 2019 with Jeremy Camp, Jordan Feliz, Ryan Stevenson, We are Messengers and Aaron Cole. The 7X GRAMMY® winner’s headlining jaunt is a partnership with K-LOVE, Air1, Awakening Events and Food for the Hungry. The tour will make a highly anticipated stop at Prudential Center on March 24, 2019.

2019 concertgoers will be treated to tracks from The Elements releasing on October 12, marking the first new collection of music from the chart-topping artist in three years. The Elements boasts TobyMac’s biggest song in six years, “I just need U”, along with the current radio favorite “Everything.”

Tickets will for the general-public will be available starting Friday, September 28 at 10 a.m. at ticektmaster.com or by calling 1-800-745-3000. Fans can also purchase tickets by visiting the Box Office at Prudential Center after 11 a.m. on Monday, October 1.

This year’s tour will again feature the fan friendly 20% off First Weekend promotion. During the first weekend, fans can save 20% on ALL tickets by using the code word “INSIDER” when purchasing tickets online. The promotion will start on September 28, 2018 at 10 a.m. and end at 11:59 p.m. on September 30, 2018.

About TobyMac
With more than 5 million units in career sales and a whopping seven GRAMMY® Awards, TobyMac's career continues on the fast track. His most recent RIAA Certified Gold studio album, THIS IS NOT A TEST garnered a GRAMMY® Award, Billboard Music Award nomination on top of a high marking debut at No. 4 on the Billboard Top 200. Each of his six studio solo projects have achieved Gold certification, a first for any artist in the history of his label, Capitol Christian Music Group. Among those EYE ON IT, which debuted atop the Billboard 200, only the third ever Christian album to do so. The Elements, his awaited newest collection of music, will release on Oct. 12 boasting "Everything" alongside the chart-topper "I just need U." 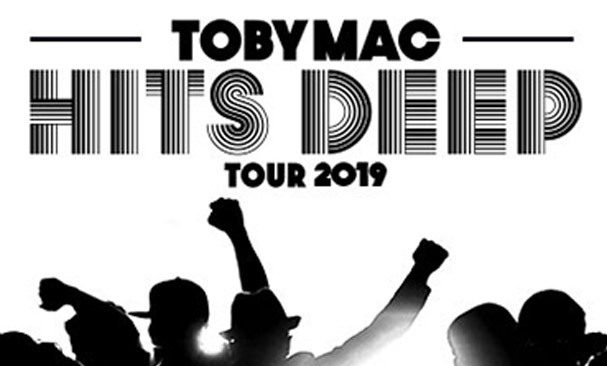