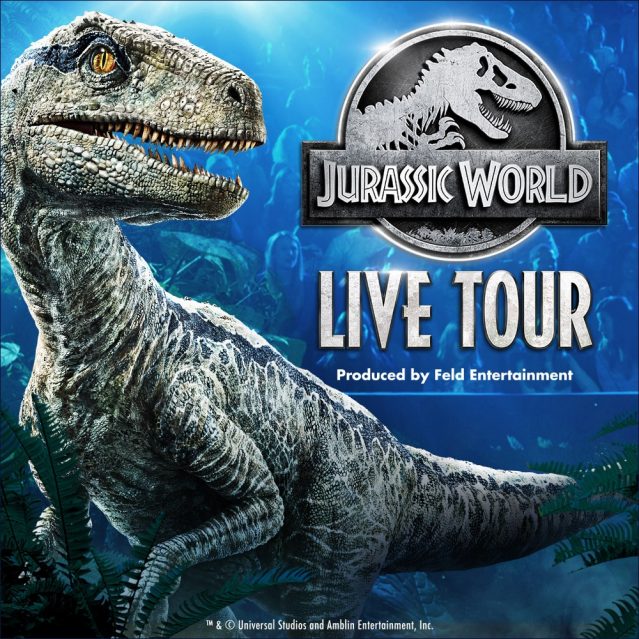 Jurassic World comes to life for the first time in a touring arena show! Coming to Prudential Center February 2020!

Get ready for this all-new touring event featuring life-sized Jurassic World dinosaurs! Your trip to Isla Nublar takes a terrifying turn after the Indominus rex escapes and causes chaos in the park! The adventure continues as you join forces with a team of scientists to unravel a corrupt plan and save Jeanie, an all-new dinosaur, from a terrible fate.

Experience some of Jurassic World's most iconic dinosaurs including Blue the Raptor, Triceratops, Pteranodons and the mighty Tyrannosaurus rex!